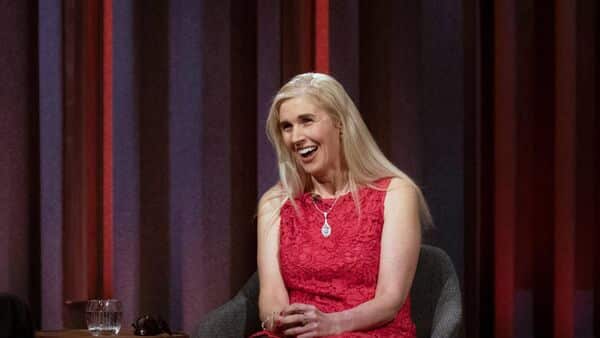 The Cork woman was interviewed at the weekend and impressed viewers with her achievements and the obstacles she has overcome. Dr Sinead Kane said she was nervous about appearing on national television at the weekend but said she was touched by the outpouring of support she received.

The Cork woman was interviewed on The Tommy Tiernan Show on Saturday night and she spoke about her visual impairment, the bullying she experienced growing up and what it is like to take part in an ultramarathon – let’s just say, she doesn’t wear open-toed shoes anymore.

The ultra-athlete thanked viewers for their kind comments.

“I’m overwhelmed with all the lovely comments,” she wrote on Twitter. “Going on national TV and opening up left me feeling vulnerable and open to being judged. That was difficult but thank you so much everyone for being so kind.”

She echoed her invitation to comedian Tiernan to join her in a race as a guide runner, which he said during the interview he would love to do — as long as they were running away from Youghal, not towards the East Cork town where Dr Kane grew up.

Dr Kane was Ireland’s first visually impaired solicitor. She now has two PhDs and has broken Guinness World Records through her running. Her appearance led to many viewers describing Dr Kane as inspirational.

Cork writer Conal Creedon said the “inspiring” Dr Kane was “mighty” during the interview, while former Limerick hurler Ollie Moran said she is “an inspirational lady and a right character.”

The Disability Federation thanked her for highlighting the use of language around disabilities. “Thanks for clarifying that! Great interview, straight-talking,” they wrote on social media.

The organisation’s response came after Dr Kane told Tiernan she wasn’t a fan of his comedy for a long time after he made some jokes about disability that upset her a few years ago but she acknowledged he had grown more empathetic in recent years and said a positive is that he made the issue a more common conversation.

“Even though I may not have liked the jokes, the positive side of it was, it brought awareness to disability and it brought a discussion,” she said.