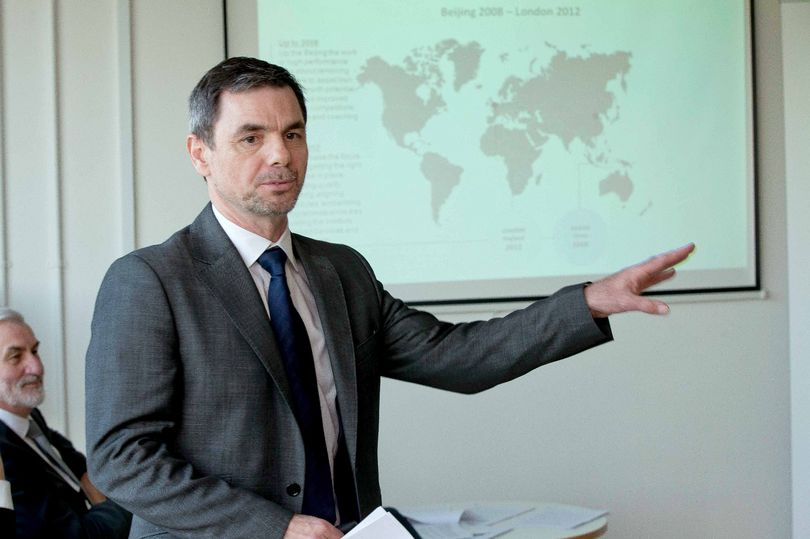 There are certain differences as well as similarities between Gary Keegan’s brief with the national rugby team and the one he had with the boxers. The last time Gary Keegan was this deeply embedded in an Irish national team setup, signs of progress weren’t that obvious either.

With just two qualifying tournaments remaining ahead of the 2008 Olympics, the Irish high performance boxing unit, which Keegan was overseeing as its performance director, had only one fighter who’d secured a ticket to Beijing. As a programme they knew they were doing so much right, far better than they had prior to Athens, but something was still off.

In the subsequent months they made tweaks, improvements, allowing and encouraging the athletes themselves to make more decisions and take more risks, and eventually it translated into results. By the following summer five Irish boxers were on that plane to China and by the end of that tournament three of them had stood on the podium, a medal draped over their necks.

Less than five months into his role as a performance coach to Andy Farrell’s senior rugby squad and Keegan is again realising and privately preaching that success isn’t always linear or apparent.

Just like Olympic boxing, international rugby setups operate in four-year cycles. Contracts, everything, revolve around the Big Dance. Except rugby — at least in Ireland anyway — tends to stray from that. The public scrutiny and expectation is much higher, more demanding and unforgiving.

After every deflating World Cup quarter-final exit we might promise and advocate that everything should be done with an eye towards peaking in four years’ time, that the couple of championships we won in the previous cycle don’t amount to a hill of beans now and so if it means taking a hit in a few Six Nations campaigns over the next few years, so be it. Yet once February rolls around and those national anthems strike up, all that reasoning goes out the window. Any talk of patience, process, and performance is only an excuse, for wimps. We want a win and we want it now.

It’s hard to think of anyone — not even Jim Gavin who took him in as a consultant to his all-conquering Dublin team — who is more responsible for popularising the term The Process in the Irish sporting lexicon than Keegan; though Gavin who was the one we heard say it, he was primarily a disciple and conduit of Keegan’s philosophy.

It’s a phrase some, especially media members, have developed a serious disdain for but there’s a reason why someone like a Keegan so firmly believe in it. The opposite of process is outcome — and media, like supporters, are obsessed with outcome. It’s a results business, we keep hearing and saying. Only we tend to forget that for most setups, the results don’t come quite as quickly or as obviously as they did for Gavin with the Dubs.

Usually it involves serious growing pains. You’ve to get worse at some things to get better. You can’t control everything — like losing your generational out-half to concussion. You can only control the controllables, as clichéd as that might sound, but if you do that enough for long enough, eventually you tend to get the outcomes you want.

Last December during the Autumn Nations Cup, Bundee Aki not only spoke highly of Keegan’s capacity to impart mental skills but of the management team in general. “I definitely have faith we will get there at some stage,” he said, without specifying where ‘there’ was, “but it is a work in progress. Everyone wants it to be a perfect picture but it is a work in progress.”

It remains one. The way Ireland hung in there after going a man down in Cardiff and 12 points down against France suggests they’ve already made inroads on developing a more resilient mindset under Keegan. The improvements in the lineout under Paul O’Connell’s watch has been well documented. But clearly even in those two departments under their respective heads there’s further “work-ons”, as they say in this sport.

Peter O’Mahony’s reckless charge into that ruck in Cardiff fell under the remit of both Keegan and O’Connell, being an outrageous mental as well as technical error, but it’s hardly unforgiveable that they didn’t preempt it. You can only address some issues until you’ve had some blood as well as mud on the bib. You can take it though with both O’Connell and Keegan renowned for their candour, that O’Mahony or any Irish forward will be loath to be so heedless again.

There are certain differences as well as similarities between Keegan’s brief with the national rugby team and the one he had with the boxers. His current role is more limited. With the boxers he was essentially their David Nucifora, albeit he sits with the Australian as a high performance expert on the IRFU’s national professional games board. He doesn’t recruit or hire or fire coaches.

We can assume though that part of his remit is to work with them, improve them, just as he saw it as a huge part of his gig with the boxers. Interestingly, when he started bringing in coaching and support staff for the boxers, from Billy Walsh to Gerry Hussey, he accepted that they weren’t world class — yet. His only insistence was they were dedicated to becoming world class. And eventually they did. They were, as Aki might say, works in progress but eventually they got “there”.

The question for others, not Keegan, is whether a Mike Catt or Farrell himself will get there this side of the 2023 World Cup. Another distinction between Irish boxing and Irish rugby was that the boxers were dedicated to promoting Irish coaching talent; while they’d recruit a Zaur Antia because there was no one in the country with the Georgian’s technical expertise, they generally favoured domestic coaches, believing it eradicated any sense of native inferiority.

The IRFU and Nucifora work a different way. On a 50-50 call, overseas personnel tend to get the break. But at this point the Irish system have invested in Farrell as an Irish head coach. And we’ve to think that with a Keegan to both challenge and support him as he did a Billy Walsh and Jim Gavin, Farrell will be a better head coach come France 2023.

For some the question over Farrell concerns his playing philosophy, or his staff’s capacity to coach it; Ireland’s inability to offload the ball has been well documented by analysts in this campaign, and indeed by this column not just after Japan in 2019 but after what a rampant Argentina did to us in 2015. Is Farrell only accepting our limitations or is he supposed to be trying to challenge and rectify them?

When Keegan was over Irish boxing, he chose for it not to model itself on Cuba. “They box with flair they box like a dance, a lot of rhythm, and that’s too hard to replicate,” he’d tell Shane Keegan last year for The42’s How To Win At Dominoes podcast. Russia instead was the model to adopt and benchmark against.

Again, it is unlikely Keegan has the licence to challenge a Farrell on what is his preferred playing style, at least on aesthetic concerns, the way he could influence a Walsh.

And maybe his time with the Irish rugby team could follow a similar trajectory to his predecessor, Enda McNulty, whose first full Six Nations campaign coincided with Declan Kidney’s last before he’d continue to play a significant role in the success enjoyed under Joe Schmidt.

Either way, this is a work in progress, a process, and one all the better for Keegan being on board.

To book Gary Keegan for your next online event, contact Front Row Speakers on +353 1 485 3991 or email [email protected]