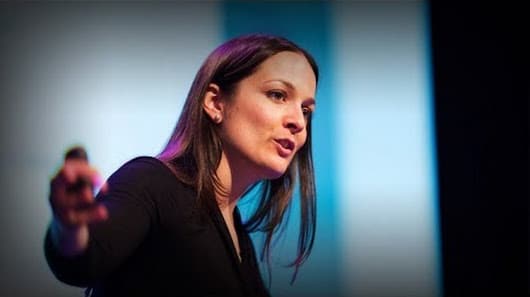 What does philosophy, decision-making and citizenship have to do with data, biases and populism? Tech philosopher and author, Dr Tom Chatfield, takes us on a fascinating exploration of our approaches to life and technology, and examines how the paths we choose may make the difference between surviving and thriving as a species.

1. What’s Your Greatest Concern For The Future?

I suppose the most basic concern is, through the lens of technology, that it increases rather than decreases in the quality of exclusion and thus it’s placed into the hands of populists and authoritarians who are more interested in power than getting things right.

And of course this is important because if one genuinely believes that the kind of populist or enlightened dictator like him, Plato’s philosophy was the best thing for a society. Or that we should hand everything over to super-smart machines because humans make mistakes, then maybe you would say this is great, but I think it’s a very dangerous form of delusion to put our faith in individuals, in kind of ideologically pure parties or in super machines.

Because of this point that Popper makes, because of the fact that actually we are only going to keep making things a little bit better or debating what better means by having the free clash between multiple perspectives, by being evidence-based, by being able to face up to the actual consequences about tools in the real world and debate them meaningfully. The denial of reality is not a good strategy for survival. You look at things like environmentalism and we face all kinds of horribly complicated or wicked problems around anthropogenic climate change. Around food supplies, around water.

We have the tools and the knowledge to deal with these things, and we have the tools and knowledge to debate them in an honest and productive manner. But if instead we are devoting ourselves to the denial of reality and to debate that are about ideologies and people and which kind of people you like rather than what is actually going on, then unfortunately our hopes of surviving and thriving as a species are drastically reduced.

My greatest hope for the future is an incremental one. That in some places, at least, we manage to – as we did during the first industrial revolution – come up with forms of social practice, ways of living in a society that enable us to make better use of our astonishing innovations. And that means I think, designing political systems, technological systems, human-machine interactions that bring out the best in us in terms of our ability to treat each other as people, in terms of our ability to face up to evidence. In terms of our ability productively to disagree and debate. And there are a lot of good laws being passed or being tried out.

For example, the new data legislation in Europe which is a very boring topic but it’s also a very good example of – you know, it’s imperfect and complicated legislation – but it places a great onus on technology companies to meet certain standards of responsibility and obligation towards their uses. And the idea also of citizenship and data being entwined, Of people not being users or consumers but citizens who have certain inalienable rights and responsibilities.

Now again this is a very productive discourse so I – in terms of progress it is an incremental thing, but we can’t afford to lose faith in people. We can’t afford to think that people are weak and that they will be crushed by technology and the state. I think we need to recognise instead that there are situations in which we can arrive at outcomes that respect people as people, that enhance their lives and possibilities, and that maybe in some places in the world at least this is a realistic set of hopes for the next few decades.

3. What Single Action Can We Take Right Now?

I guess one of the most important actions is simply to seek out a greater diversity of use, which is terribly easy to say. And the thing I like about it is its serendipity. It’s not a recipe for do this, do that. It’s the idea that if you are – I find out on social media you’re following a whole bunch of people who all agree with each other, well seek out people you disagree with from a greater diversity of backgrounds and ideologies: race, gender, geography, politics and so on.

Broadly speaking I am very influenced by Popper and Mill and others in the idea that one person standing up and saying do this, this is right, it doesn’t tend to be a great answer. But a bunch of people standing up and saying this is where we are coming from, listening to each other, vigorously debating, but genuinely seeking to understand each other’s positions before they rebut and rather than shouting them down and silencing them.

Be very suspicious of your own intolerances, especially your own hidden intolerances. The more you disagree with someone, the more in the sense it’s your duty to listen very carefully to the strongest version of the argument they are making. Because if you want to have any hope of countering that argument with genuine rigour, of genuinely changing their mind of putting a really robust opposition to that argument into the world, you have to listen as carefully as possible to what’s being said. The more you disagree the harder you should listen.

This article originally appeared here. Secure Nathalie for your event today with Front Row Speakers; email us at welcome@frontrowspeakers.com or call +353 1 485 3991.