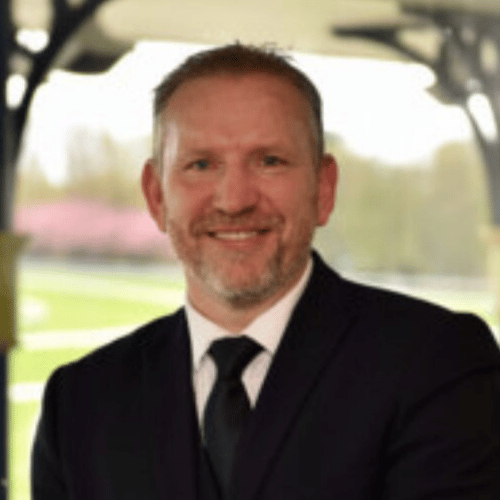 Former Scottish rugby union captain Andy Nicol enjoyed a playing career of great distinction for more than a decade. He led Bath to Heineken Cup glory in 1998 and two years later captained Scotland to their first Calcutta Cup victory over England for 10 years.

First capped in 1992, Andy Nicol played 23 times at scrum half for Scotland. In 2000, Andy Nicol captained Scotland to a memorable Calcutta Cup victory at Murrayfield, denying England the Grand Slam. He also featured with the British and Irish Lions, firstly being flown out as a replacement on the 1993 Tour to New Zealand, and again in 2001 when he was called for duty for the final Test Match against Australia. Since retiring from professional rugby, Andy Nicol works with RBS Private Banking, as a broadcaster for the BBC’s extensive rugby coverage and is building his after-dinner speaking portfolio.

Andy Nicol has a superb sense of humour and his after-dinner speeches are coloured with stories and characters encountered throughout his career. Andy Nicol has the experience of speaking all over the world, and is equally skilled as a motivational or team-building speaker.