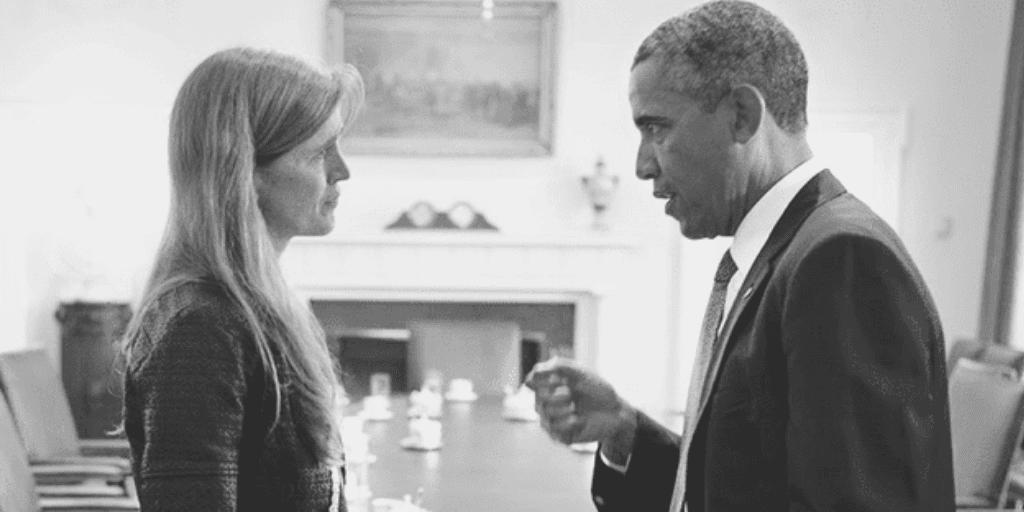 We are thrilled to announce that Ambassador Samantha Power will be speaking at the revolutionary virtual event ‘Pendulum Resurgence: Emerging From Disruption’ on November 27th 2020.

In what will be an in-depth conversation, Ambassador Power joins a world-class assembly of visionaries including Jack Canfield, the world’s #1 Success Coach, with more to be announced. This live and fully immersive virtual event will explore critical themes such as remote leadership, business agility, resilience, self-motivation and wellbeing.

Called by Forbes “a powerful crusader for U.S foreign policy as well as human rights and democracy” when it named her one of the “World’s 100 Most Powerful Women,” Power has been recognised as a leading voice internationally for principled American engagement in the world. She has been named as one of Foreign Policy’s “Top 100 Global Thinkers” and has twice been selected as one of TIME’s “100 Most Influential People.”

From 2013 to 2017, she served as the 28th U.S. Permanent Representative to the United Nations, as well as a member of President Obama’s cabinet. President Obama has called her “one of our foremost thinkers on foreign policy,” saying that “she showed us that the international community has a moral responsibility and a profound interest in resolving conflicts and defending human dignity.”

Now, Ambassador Power is the Anna Lindh Professor of the Practice of Global Leadership and Public Policy at Harvard Kennedy School and the William D. Zabel Professor of Practice in Human Rights at Harvard Law School.

Stay tuned as the Pendulum Team unleash the full speaker line-up in the coming days.