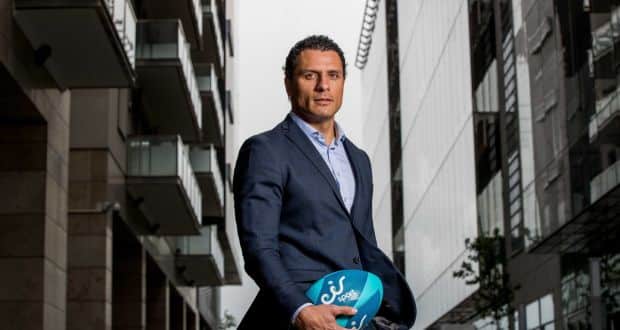 Things have changed when a hurling manager openly admits one of the secrets to his championship preparations is the input of a foreign rugby player. Perhaps even more so when that county is Cork.

Howlett was appointed to the position high performance lead by the Cork County Board last February. The former New Zealand and Munster winger, the All Blacks’ record try-scorer and 2008 Heineken Cup winner with Munster, has also continued in his role as head of commercial and marketing at Munster, a position he was appointed to in September 2017.

It’s not an entirely new departure for Cork. Meyler’s predecessor as Cork hurling manager, Kieran Kingston, enlisted the services of Gary Keegan, the former director of the Irish Institute of Sport, and high performance manager in Irish boxing, in 2017.

Given his own son, David Meyler, is the Republic of Ireland soccer international, Meyler was always likely to be open to influences outside of hurling.

“Tipperary have a new management, and it’s going to be really, really competitive on Sunday week,” says Meyler. “Doug’s been there, a lot of the players have been there, but it’s just bringing in someone to allay their fears, or anything they might have, and about performing at that level.

“He’s a fantastic sportsman and brings a wealth of experience in terms of performance at the higher level. He’s very much hands on, and we’d hope he’ll bring that to the table. We’re really delighted with him and the lads are delighted with him.

“He’s different to Gary Keegan, it’s about performing, and I spoke to during the week about going into Newlands to play South Africa in front of 80,000 people, knowing what’s coming at you. And against Tipperary in Páirc Uí Chaoimh on Sunday week, where there’s 40,000 people there, that will be the case.”

Another former Munster rugby player, Jonny Holland, is acting as nutritionist to the Cork hurling and football teams. Keegan’s input with Cork was highlighted by several players (he also worked with the Dublin footballers), and Meyler is equally open about his willingness to listen and learn from all other sports.

“You look at the likes of Barcelona and Manchester City, they way they move the ball, a lot of hurling is like that at the moment, working the ball and getting it back in high pressure situations.

“You can learn so much from other sports, like the NFL in terms of set plays and all that. You have to keep yourself open to the different sports that are around the place.”

Tipperary have also looked beyond hurling in recent years, Irish Olympic sprinter Gary Ryan first working with Tipperary, in 2014, under then manager Eamon O’Shea, when they lost the All-Ireland final replay to Kilkenny, before triumphing in 2016. Irish distance running champions Noel Richardson also worked as Kilkenny trainer in the 2000s.

One lingering doubt over that Tipperary game on Sunday week is the state of the pitch at Páirc Uí Chaoimh, which was ruled unplayable back in February, and hasn’t been properly tested since. It is due a complete resurfacing, but not until the Rod Stewart concert at the venue on May 25th. As a result of that, Cork’s hosting of either Tipperary or Limerick in the Munster football championship will be played at Páirc Uí Rinn on June 1st.

“It’s looking green,” Meyler says of the pitch at Páirc Uí Chaoimh. “I’m not a horticulturist or whatever, but the county board has put the resources into it, and hopefully that won’t be the conversation after the game, you’ll be talking about the hurling as distinct from the match against Wexford way back.

“But our preparations have gone well. I felt in the league we were competitive, won three, lost three.

“I don’t think there was any holding back. We dug out one or two new players, have been hard it the last 10 days, and we hope to ready for Sunday week. You have to win your home games, you have to win your first games, it’s critical. And it’s the same for every team.”

In his second year as outright Cork manager, having also held similar roles in Kerry, Wexford and Carlow, Meyler admits the demands are rising every year, only with that comes further delegation.

“It’s become more demanding because there are more little issues that are popping up, so the management team gets bigger every, and you need different experts, different inputs, in different areas.

“People have more responsibilities, so it’s about trusting people to get more work done, having a good set-up. It’s more or the less the same in every county now.”

As originally appeared in The Irish Times, May 1st, 2019.