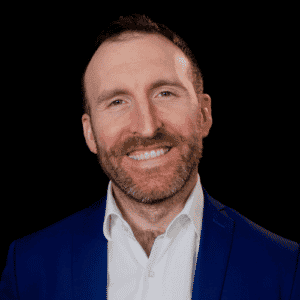 An international sensation, Owen has visited 80 countries, presented to audiences in over 25 countries and written 6 books that have been translated into 15+ languages. Accordingly, Owen’s travels have taken him to countries like North Korea and Afghanistan. In his studies on propaganda and beliefs, Owen has met Indian gurus, South American Shamans and thought leaders across the world.

Additionally, over 1.3 million people have viewed his TEDx talk ‘Mind Control: How to win the war in your head’. Currently, Owen hosts the Changing Minds podcast, which offers strategies for improving communication.

Owen studied Strategic Negotiation in HBS and learned under Michael Sheehan, media coach for Bill Clinton. Owen understands influence, charisma and the power of language and storytelling to persuade others.

In summation, Owen brings together cutting-edge research in psychology and theory from Neuro-Linguistic Programming and Behavioural Economics to share the key to influence.

“There are few people, who can engage the audience, present the content and inspire people at the best possible way. And one of them is Owen Fitzpatrick. We have worked with Owen in the biggest business leadership conference FORUM ONE, where he had the toughest responsibility to open the event. He shared the stage with such international business and marketing leaders like sir Richard Branson and Seth Godin, as well as with international action movie star Jean-Claude Van Damme. 10 000 people, who listened to Owen’s speeches during Forum One 2013 and Forum One 2014 conferences listed Owen as the most engaging speaker.”

“Having been to other trainers abroad, I can safely say that the skill, knowledge, information and more importantly, the personal interest from Owen and his trainings are second to none. Outstanding and inspiring are unfortunately understatements.”

“One of the most innovative minds I’ve ever met” – DP Fitzgerald, TV Presenter