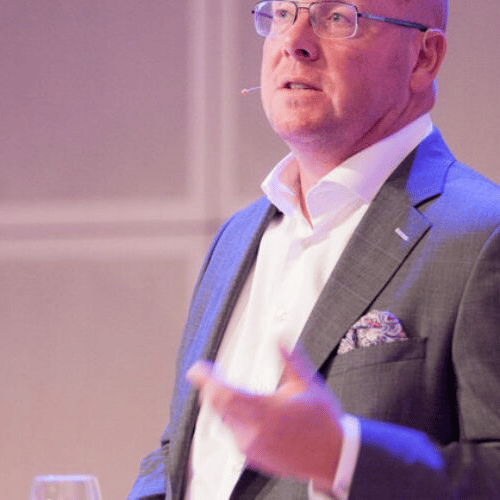 In the mid-1980s, Nick Leeson landed a job as a clerk with royal bank Coutts, followed by a string of positions with other banks, ending up at Barings, where he quickly made an impression and was promoted to the trading floor.

Before long, Nick was appointed the manager of a new operation in futures markets on the Singapore Monetary Exchange (SIMEX) and was soon making millions for Barings by betting on the future direction of the Nikkei Index. His bosses back in London, who viewed his large profits with glee, trusted the whizzkid. Leeson and his wife Lisa seemed to have everything: a salary of £50,000 with bonuses of up to £150,000, weekends in exotic places, a smart apartment, frequent parties and to top it all they seemed to be very much in love.

Barings wasn’t aware that it was exposed to any losses because Leeson claimed that he was executing purchase orders on behalf of a client. What the company did not realise, is that it was responsible for the 88888 error account where Leeson hid all of his losses. This account had been set up to cover up a mistake made by an inexperienced team member, which led to a loss of £20,000. Leeson now used this account to cover his own mounting losses.

As the losses grew, Leeson requested extra funds to continue trading, hoping to extricate himself from the mess by more deals. Over three months he bought more than 20,000 futures contracts worth about $180,000 each in a vain attempt to move the market. Some three quarters of the $1.3 billion he lost Barings resulted from these trades. When Barings executives discovered what had happened, they informed the Bank of England that Barings was effectively bust. In his wake Nick Leeson had wiped out the 233 year old Baring investment Bank, who proudly counted HM The Queen as a client. The $1.3 billion dollars of liabilities he had run up was more than the entire capital and reserves of the bank.

Eventually arrested in Frankfurt, Germany, Nick spent a few fraught months trying to escape extradition to Singapore. He failed and in December 1995 a court in Singapore sentenced him to six and a half years in prison. Within months, Leeson was diagnosed as suffering from cancer of the colon. His weight plummeted and most of his hair fell out from chemotherapy.

Finally released in 1999, and despite his return to the UK bringing a realisation that the high life had been swept away — he was effectively homeless and without a job — Nick enjoyed a first year seeing friends and family but also continuing his cancer treatment.

Nick Leeson has proved his resilience and has been able to capitalise on his experiences. He was paid a substantial fee for the newspaper serialisation of his book in The Mail. The story was then turned into a film, Rogue Trader, starring Ewan McGregor. During 2001 he undertook a Psychology degree and Nick now spends his time delivering conference and keynote talks to companies and undertaking after-dinner speaking based on his life experiences.

Nick comments; “I’m of the mindset that cancer must not take you over and control your life. I do believe that the more positive you are, the greater your chance of survival.” his advice to others is never to bottle up stress as he himself did: “You need to talk and express yourself. With cancer as with other problems, it’s amazing how adaptable human beings are, and you will be able to cope provided you keep a strong frame of mind.”

In April 2005 Nick was appointed Commercial Manager of Galway United Football Club, rising to the position of General Manager in late November 2005. The same year Nick published his second book Back from the Brink, Coping with Stress co-written with psychologist Ivan Tyrell. July 2007 saw his appointed as CEO of the football club where he remained in this position until his resignation in February 2011.

At the heart of Nick Leeson’s presentations is his personal story surrounding the collapse of Barings Bank. He speaks openly and candidly about the culture which existed at the time and the lack of accounting safeguards that ultimately led to the bank’s collapse. With so many facets to his story, Nick will always work with the client to tailor his talk and make it relevant to the audience; focusing on the key topics and areas of interest. Key themes include:

Addressing conferences, seminars and summits on all continents gives Nick a unique insight and global perspective on the issues affecting business and organisations today. He is then able to incorporate this into his own story and presentations; keeping his talks up-to-date and relevant.

The importance of addressing stress, well-being and mental health in the workplace and when hosting events around these issues, clients are often looking for real stories to engage their audience and bring these issues to life.Nick Leeson’s story is a fascinating account. From the moment he opened the infamous ‘88888’ error account, Nick bore the weight of his mounting losses for three years – hiding his actions from colleagues, friends, family and even his wife. Once his actions came to light, to avoid facing trial in Singapore Nick fled to Europe. He was captured in Frankfurt and spent 9 months in prison fighting the extradition process. He was eventually sent back to face trial in Singapore, where he was sentenced to six years in prison. He subsequently spent four and a half years in a gang-ridden Singapore jail; locked up for 23 hours a day in conditions that defy belief and at times contemplated suicide. Whilst in prison, he was treated for colon cancer, which Nick now believes was triggered by the immense stresses at the time. . All of this happened before his 33rd birthday. Fortunately, Nick Leeson came out the other side and created a new life for himself.

Shortly after his release, in an effort to understand his motivation and come to terms with his actions, Nick studied for a degree in psychology. Then, in 2005, he teamed up with renowned psychologist Ivan Tyrell to co-author Back From The Brink: Coping With Stress, and show how the continual levels of high stress that affected Nick’s own mental and physical health can be related to us all. Through a series of in-depth conversations the book addresses topics including living with relationship and family problems; struggling with debt; striving to achieve status and success and coping with serious illness.

“We wanted a different approach to our Compliance training this year, which Nick Leeson provided. His session was highly thought-provoking and Nick painted a stark picture of the devastating effects of failing to take the right approach to risk management and compliance. Challenging, stimulating – and entertaining. Many thanks.” – Sandra Honess, NBC Universal