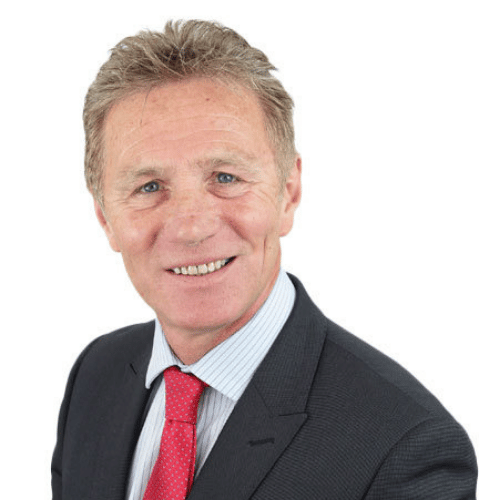 Eamonn Coghlan, a native of Dublin is an executive business mentor, ex-member of the Oireachtas and former world class track & field athlete who specialised in middle distance track events and the 5,000 metres.

A 3-time Olympian, Eamonn is known as the “Chairman of the Boards” for his unprecedented successes on the American indoor athletics circuit, winning 56 consecutive races. He won the famous Wanamaker Mile in Madison Square Garden a record seven times. He broke the world record for the indoor mile on three occasions and held this record for 18 years. In 1983 he became the first person to run under 3 min 50 sec for the indoor mile with a time of 3:49.78. That same year, he became Ireland’s first ever World Athletics Champion when he won the gold medal for the 5,000m in Helsinki. He also achieved two fourth places in the Olympics in the 1,500 meters in 1976 and the 5,000 meters in 1980. His autobiography entitled Chairman of the Boards, Master of the Mile was released in 2008

After graduating from Villanova University, Pennsylvania with a degree in Marketing & Communications, he worked as Youth and Educational representative for Bord Fáilte in Dublin and New York. From 1992 through 2007 he was Director of Fundraising and Development at the Children’s Medical & Research Foundation in Our Lady’s Children’s Hospital, Crumlin.

In May 2011, Eamonn was appointed as a Senator in the Seanad. His agenda in the Oireachtas focused on Jobs, Stability, Growth, Education, Sports, Tourism and Youth Affairs.

A talented public speaker and social commentator Eamonn is passionate about ethic’s & professionalism in Sport and high performance teams. Eamonn is also experienced in developing, training & motivating executive business teams both in the United Sates and Ireland.

Eamonn is an engaging motivational business speaker and his lessons in sport, public & professional life gives him an ideal platform to motivate individuals and businesses alike on achieving their goals and effective management.