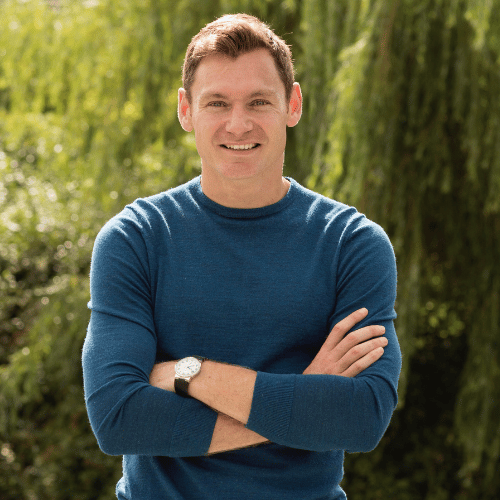 David stepped off the track in 2013 after a successful athletics career which included winning Ireland’s first sprint gold medal in 76 years when winning the European Indoor 400m championships in 2005, he went on to retained his title in 2009 and became an Olympian in 2008.  A major goal for David was to compete in a global 400m final and 2009 he achieved just that, when finishing 6th in the Berlin World Championships. He still holds both the indoor and outdoor Irish 400m records. Post his athletics career David went from full time corporate employment to the winning celebrity MasterChef and more recently was one of only three contestants to pass RTE’s gruelling hit TV show, Hellweek. David’s core passions and values are built around fitness, food and promoting a healthy body and mind and has become a vocal passionate advocate on mental health.

He has written two bestselling books, David Gillick’s Kitchen and Back On Track, David’s 4 part plan to a healthy lifestyle, in which David talks openly and honestly about his struggles with mental health post a sporting career and the strategies he used in recovery. Today, David works in a number of areas mainly corporate wellness, performance and media. He is a regular sports correspondence for RTE covering all major sporting events including the Olympic Games. Passionate about Irish sport and the voice of the athlete, David is a founding member of the Olympic Federation Of Ireland’s Athlete Commission and currently sits on Sport Ireland’s Anti-doping committee. He currently resides in Dublin with his wife Charlotte and their three young kids, Oscar, Olivia and Louis.