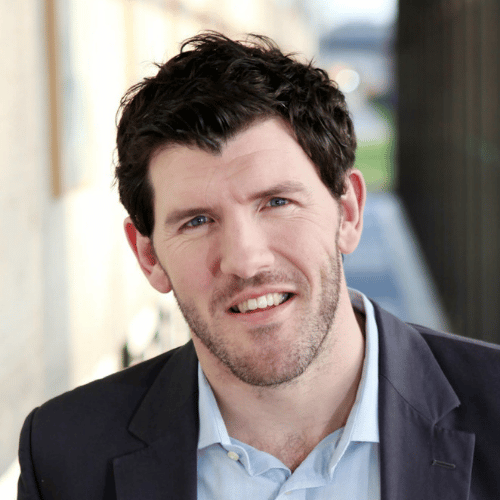 Shane Horgan is the former Leinster, Ireland and British Lions rugby international. He has been passionate about sport all his life, representing Meath at minor football and achieving success as a juvenile Irish athletics champion.

Shane represented Ireland 68 times winning three Triple Crowns as part of the Irish rugby’s ‘golden generation’ of talent. A prominent member in two of Leinster Rugby’s European Cup winning teams, he is the club’s all-time record try scorer and the first player to be capped 200 times by the province.

During his playing career Shane took a keen interest in the business side of sport, lecturing at Trinity College Dublin on the use of Alternative Dispute Resolution in sport.  After his retirement from rugby Shane qualified as a lawyer and now works for Lee & Thompson LLP, one of London’s leading entertainment law firms.

Alongside his legal career, Shane acts as a business culture and values advisor to high performance units within leading companies including Brandtone and Heineken and has consulted on leadership, motivation, team building and marketing for a number of multinational companies.

19 years in the sports industry as a professional athlete, PR consultant, journalist and lawyer have given Shane a unique insight into the business of sport. He is a much sought after keynote speaker for conferences, annual dinners and company workshops where his speaking style and personality will motivate and inspire any audience.