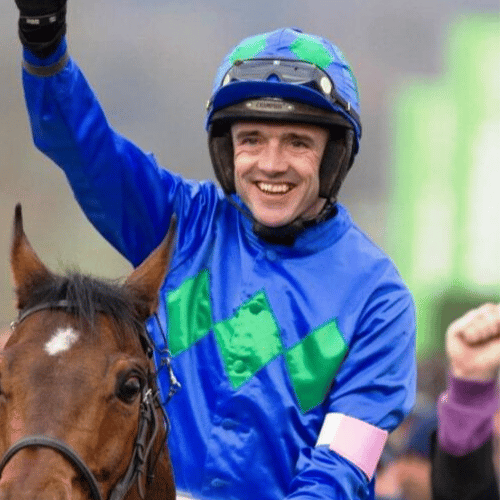 Ruby Walsh is recognised as one of the most talented and successful Jockeys in history, and has ridden over nineteen hundred winners. Born in Kill, Co. Kildare Ruby showed talent from an early age having been born into a horse racing family.

The son of Ted Walsh, Champion Amateur Jockey in Ireland on several occasions, Aintree Grand National winning trainer and well known television racing pundit, Ruby has made great strides since his riding career began in the mid-90’s. Ruby’s most memorable and satisfying win on the racecourse to date came with him riding his father’s Papillion to victory in the world’s most famous jumps race, the Aintree Grand National. He went on to win that great race once more on the Willie Mullins-trained Hedgehunter in 2005.

With Ruby’s reputation as one of the greats of Irish and international racing, this makes him a much sought after speaker and media personality. A popular and down to earth people person, Ruby is available for launches, photo calls, interviews and panellist shows. Ruby is also a popular choice for after dinner speaking events.

To book Ruby Walsh for your event, contact Front Row Speakers on +353 1 485 3991 or email welcome@frontrowspeakers.com