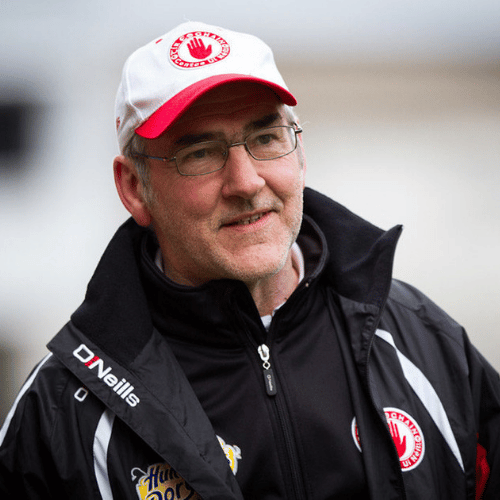 Mickey Harte, current manager of the Tyrone Gaelic football team is renowned as one of the shrewdest and most tactical managers in the game today. His motivational skills and management of players has contributed to his vast success as a manager. Considered one of the best tacticians in the game, Harte is admired both by peers and former rivals. Mickey Harte has led his team to three All-Ireland titles, five Ulster titles, one National League, and nine Dr. McKenna Cups to date, making him the most successful Tyrone inter-county manager of all time.

Mickey Harte is an exceptional speaker and has delivered motivational and leadership talks throughout the country. His low key speaking style and gentle sense of humour explores his philosophy of life and his role as a manager. Mickey Harte successfully links business and sport where he relates his experiences of teamwork within the competitive world of sport and how it applies in the business environment.

“We got an absolutely outstanding talk where he offered his philosophy of life and management leavened with a few cracking jokes. If you ever get the opportunity to hear Mickey Harte talk, take it.”

To book Mickey Harte for your event, contact Front Row Speakers on +353 1 485 3991 or email welcome@frontrowspeakers.com