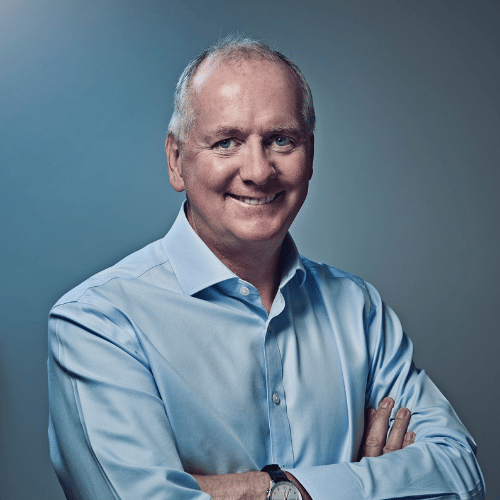 Mark Gallagher has held senior roles in the high performance environment of Formula 1 motor racing during a 30 year career. Today he is an author, broadcaster and industry analyst who continues to work with drivers and teams at the forefront of this global sport. He is also a renowned public speaker and since 1998 has provided compelling keynote presentations and insights to organisations world wide.

Mark’s executive management career in Formula 1 included more than a decade on the management board of the successful Jordan Grand Prix team, running the world famous Cosworth engine business and helping establish the commercial arm of Red Bull Racing. Mark has been a member of the technical working groups within the sport’s governing body, the FIA, tasked with tackling challenges including environmental sustainability and safety, the latter being central to the sport’s regulatory environment. He spent two years working on the energy efficiency regulations adopted by Formula 1 in 2014.

His expertise covers the commercial and operational management of Formula 1 teams, and includes the sport’s regulatory, business and technology landscape. Since 1994 he has introduced some of the world’s leading technology companies to the sport, playing a key role in the digital transformation of Formula 1.

Mark’s career in Formula One commenced in 1983, working in media and communications before joining the start-up Jordan Grand Prix team in 1990. Mark joined the management board of Jordan in 1998, the team challenging for the World Championship in 1999. In 2004 he was invited to join the Jaguar Racing organisation as it transitioned into becoming Red Bull Racing. In 2010 Mark was appointed head of the world-famous Cosworth Formula 1 engine company, supplying one-third of the teams in Formula 1 with engines and associated technologies.

Beyond Formula 1 Mark was the co-founder and owner of Status Grand Prix, competing in lower formulae and international sports cars racing.

Since 2012 Mark has focused on his Formula 1 consulting business, Performance Insights, working with a range of clients across the sport. He is also a columnist, feature writer and broadcaster for GP Racing Magazine and Autosport, part of the global Motorsport Network.

He has written three books, Grand Prix – The Last 25 Years (WH Smith, 1999) and two editions of The Business of Winning (Kogan Page, 2014) with a fully revised, 2nd edition published on 3rd October 2021. Mark also collaborated with David Coulthard on his Sunday Times Best Seller The Winning Formula (Blink Publishing, 2018). Between 2005 and 2010 Mark was a consultant to Pixar on its CARS and CARS 2 movies.

Mark Gallagher provides keynote presentations on a range of business topics relating to his experiences gained while working in senior management roles within Formula One motor racing over the last 30 years.