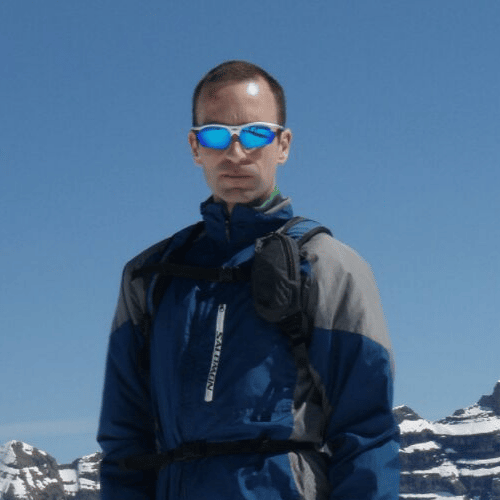 John O’Regan came to the sport late in life at the age of 31 and has since progressed from struggling to complete a distance of 5K to becoming the Irish National Champion on 3 occasions in the time based 24-hr Race and he now runs on the Irish National Team representing Ireland at World & European level in 100K, Ultra Trail and 24-hour races with 10 International Appearances to date.

John wouldn’t have considered himself a runner but discovered a way of enjoying the activity by motivating himself through goal setting and in the first seven years from starting out running he went on to complete an Ultra Marathon or Marathon on each of the 7 Continents plus a Marathon at the North Pole. In doing so he has completed the highest, lowest, most northern, most southern, hottest and coldest Marathons in the world and has also ran on a variety of terrain from Arctic to Desert and everything else in between.

Outside of his own endeavours, John has ran as guide runner to Mark Pollock during a few extreme events and most recently has helped to coach and guide Sinead Kane to become the first visually impaired athlete to finish an Ultra Marathon in Ireland. John also runs as a pace runner in various Marathons and is an active member of the Runner’s World magazine Pacing Team.

John believes that he found what he was looking for quite accidentally and that’s partly because he didn’t stop looking and would encourage others to do the same. Don’t decide that you can’t do something until you give it a go and if you want to do something then do it.

Through lessons learnt along the way, John will explain how he manages to stay motivated through setting specific and meaningful goals and why he always looks beyond the finish line. Through John’s experiences, you will learn how to deal with setbacks and how to see challenges as opportunities to become more resilient. John’s strong mindset has helped him transition from a recreational jogger to an elite athlete. Through his personal story he can give you key takeaways on how you can develop a strong mindset.