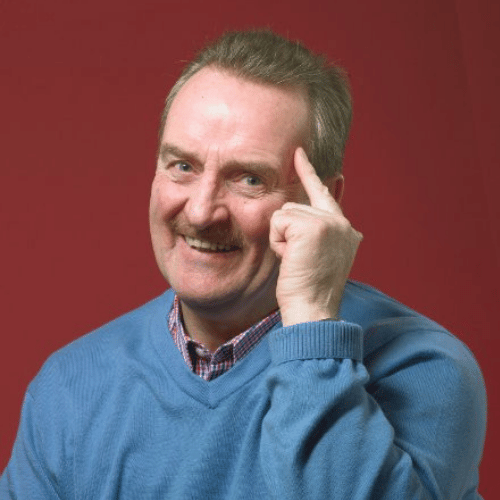 James Gorry began his career in the workshop of Butler’s Engineering, Portarlington and started his training as a welder/ fabricator. Having completed his trade in 1980, he began working on various sites carrying out site repairs, welding/ fabrication and steel fabrication and worked at that for two years building up his skills and experience.

Seeing that there was a niche in this area, James decided to form his own company, ABS Construction & Shed Systems. Over the years, he built it up to be a successful construction company with a fabrication shop, a fleet of cranes, and a staff of twenty people and established a good reputation in the construction business which had various contracts in Ireland, England and Wales.

On October 15th 2005, at a galvanising plant in Dublin, James was asked to repair a damaged roof. That morning they had completed the first stage of the process successfully and had taken down the safety gear moving it down site to prepare for another day’s work. Getting back onto the roof to inspect the next day’s work and knowing the roof he was getting up on, James was not wearing any safety equipment. Slipping in the gutter James fell into the roof and twenty six feet to the ground below. That is the day that changed his life forever.

James ended up in intensive care in Tallaght Hospital for three months paralysed, comatose and with brain injuries. He awoke to the stark extent of his injuries, fourteen broken ribs, lungs half filled with blood and fractured vertebrae which pierced his spine at the T11. James was transferred to the rehabilitation hospital in Dun Laoghaire with hopes of walking again. Despite seven months of extensive rehabilitation James realised the true extent of his injuries, he learned and accepted that he would never walk again.

James returned to a home that he could not access, the door openings too narrow and the house entrance, bathrooms and other rooms not at the correct level for someone confined to a wheelchair. This was an extremely tough time not just for him, as his family were also deeply affected by this harsh reality. Not only had he lost my ability to walk and to work, his whole life and that of his family was changed forever.

James had to deal with this situation both physically and mentally and overcoming this painful tragedy and incredible adversity has inspired him to pass on a message of awareness to others and where possible help to prevent others from being in his situation through his high impact presentations.

James Gorry’s presentations were excellent and left a lasting impact on the personnel that attended. James spoke about the difficulties and adjustment required to his personal life after his accident which really sent a message to site personnel about the need to maintain a focus on safety in the workplace. I would certainly recommend James’s presentation to other clients.” Martin O’ Flynn, GSK.

“James speaks with a natural charisma about his accident, the things that could have prevented it and the very real and ongoing consequences of the injuries he suffered. Over a number of days, approximately 800 of our workforce experienced Jame’s talk and were strongly influenced by his story. I would highly recommend James as a motivational safety speaker to any company wishing to promote safety awareness within their supervision and workforce.” Mike McCartney, PM Group.

“Due to the Covid-19 restrictions, our annual health and safety awards had to be held virtually. James Gorry was our keynote speaker and I was nervous his story would not transfer well when he was not with us in person. There was absolutely no need to worry. James’ story was powerful, impactful and he is an excellent communicator. He is very easy to relate to and deals with all aspects of the aftermath of his accident that are rarely mentioned by other speakers. I think his story should be essential listening for anyone working in a high risk industry”. – Jane Cregan, Events & PR Manager, Iarnrod Eireann.