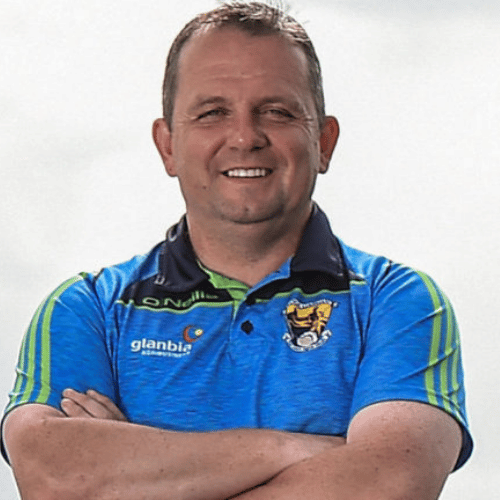 A one-time All-Ireland medallist with the Sixmilebridge senior team, Fitzgerald also won two Munster medals and six championship medals.Fitzgerald made his debut on the inter-county scene at the age of fifteen when he first linked up with the Clare minor team. An All-Ireland runner-up in this grade, he later joined the under-21 team. Fitzgerald made his senior debut during the 1989-90 league. He went on to play a key role for Clare as one of the greatest goalkeepers of his era, and won two All-Ireland medals and three Munster medals. He was an All-Ireland runner-up on one occasion. As a member of the Munster inter-provincial team, Fitzgerald won three Railway Cup medals. Throughout his inter-county career he made 60 championship appearances, a record for a Clare player. Fitzgerald retired from inter-county hurling on 31 March 2008. Even as a player, Fitzgerald became involved in team management and coaching at club level. After coaching every grade of Sixmilebridge team from juvenile to senior, he later had an unsuccessful tenure in charge of Nenagh Éire Óg. Fitzgerald subsequently became director of hurling at the Limerick Institute of Technology, and guided the team to two Fitzgibbon Cup titles. Fitzgerald’s first managerial role at inter-county level was with Waterford in 2008. Fitzgerald stepped down as manager in 2011, having secured the Munster crown the previous year. Just one month later Fitzgerald was appointed Clare manager. In the 2012 season, his first full season in charge, Fitzgerald guided the team to promotion to the top flight of the National Hurling League. The following year, Clare survived a league relegation battle with Cork, before later claiming their first All-Ireland title in seventeen years following a thrilling draw and a replay victory over Cork.

Davy is an expert in the area of GAA, team management and sportsmanship.