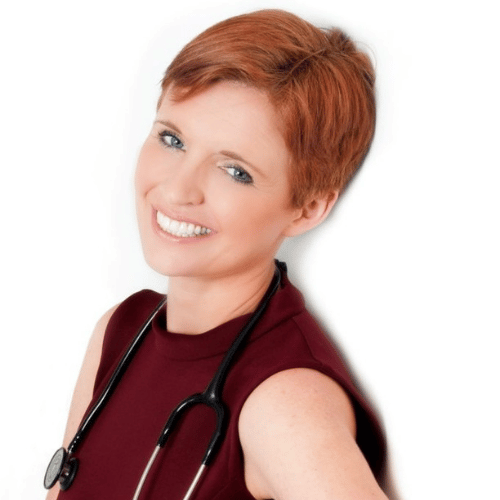 Best known for her role in Channel 4’s primetime BAFTA-winning medical series ‘Embarrassing Bodies’ and ‘Embarrassing Bodies: Live from the Clinic’, Dr. Pixie McKenna is the UK’s leading female media medic. In addition to her work on the hit show, Pixie has presented Freaky Eaters for BBC 3 trying to tackle some of the UK’s weirdest food phobia and fetishes, Channel 4’s Food Hospital where she probed the myths and realities about food and health advice, and Health Freaks also for Channel 4 where she dealt with bizarre home remedies and put the ones she believed might work to the test! Pixie recently co-presented You Should Really See a Doctor for RTÉ Television, which saw her meet the invisibly sick, the obviously sick and the people who thought they were sicker than they really were. The series followed several patients as they went on a journey to discover their true diagnosis. She also fronted Pixie’s Sex Clinic (RTÉ Television) – the first Irish TV series dedicated to education in sex, sexual health and behaviour, all with a healthy dose of tongue in cheek and playful winks. Pixie also recently co-presented The Health Detectives on Channel 4 with Cherry Healey, and her latest doc for the channel Staying Healthy: A Doctor’s Guide aired in February. Dr. Pixie’s sequence of child development books with Igloo Books kicked off with the first of the series ‘Dr Pixie’s First Foods’ in January 2016. Including over 100 healthy meals for weaning your baby, the book is dedicated to helping parents prepare for the transition from milk to solids. Her second book ‘Dr Pixie’s Meal Planner’ was published in June 2016 and focuses on how to plan and prepare effortless, balanced meals for growing children during the various stages of weaning. In addition, Pixie has just published two sets of Flashcards with Igloo Books – ‘Activities You And Your Baby Will Love and Activities You And Your Toddler Will Love’. Pixie is also a practicing GP in London. Outside of filming, she also spends her time writing columns for the Irish Mail and Dare Magazine, as well as appearing on Irish chat show The Ray D’Arcy Show. She is also Superdrug’s Health and Wellbeing Ambassador, providing regular top tips and advice. Pixie is an accomplished speaker on a variety of medical topics, with sexual health, dermatology, women’s health and health promotion being her specific interests.

Given her extensive experience on-screen and high level of expertise in Health and Medicine, Pixie would be the ideal speaker for any occasion.

To book Pixie McKenna for your event, contact Front Row Speakers on +353 1 485 3991 or email welcome@frontrowspeakers.com