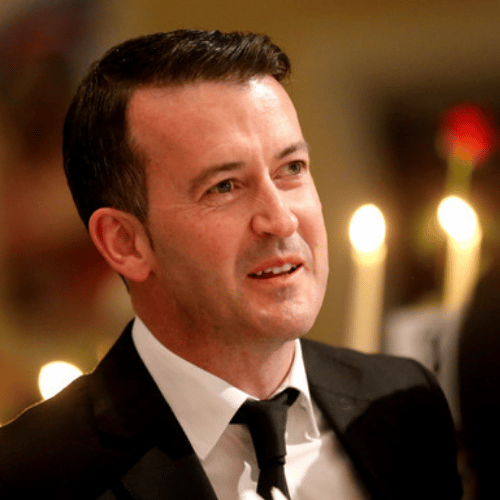 Donal Óg Cusack is an Irish hurling legend, former selector and player. He has been coach and selector with the Clare senior hurling team from 2015-2017 following a lengthy career with Cork, from 1996-2013. Cusack is regarded as the greatest goalkeeper of his generation.

Born in Cloyne, County Cork, Cusack was introduced to hurling by his father, a long-serving member of the local club team. He enjoyed Harty Cup success with Midleton CBS Secondary School while later becoming a championship medalist in the senior grade with divisional side Imokilly, Cusack also won a championship medal in the intermediate grade with his club, Cloyne.

As a member of the Munster inter-provincial team, Cusack won one Railway Cup medal in 2005. Throughout his inter-county career he made 54 championship appearances, a record for a Cork goalkeeper. He retired from inter-county hurling in March 2013 after effectively being dropped from the team after a lengthy 17 years.

Cited by many as one of the most influential inter-county players of his generation, through his championing of the cause of player welfare with Cork. He acted as chairman of the Gaelic Players Association for 13 years before becoming President. He is also highly regarded for being the first elite level sportsperson in Ireland to publicly declare his sexuality.

After being involved in team management and coaching in all grades at club level with Cloyne, Cusack has been frequently linked to various inter-county managerial positions as well as working as a hurling analyst with The Sunday Game, while fulfilling his role as a Senior Engineering Manager in a leading Pharmaceutical Company. He has also published his Autobiography entitled ‘Come what May’

As a sports professional and internationally renowned GAA star, Dónal Óg Cusack is well-versed in the many areas such as:

“Donal Og was absolutely amazing. He blew us all away. He was so honest and humble, yet he delivered such a powerful speech. I think he really made a difference to a lot of people, myself included. Thank you.” – Boston Scientific, Clonmel

“We can’t speak highly enough of Donal Og. Everyone really enjoyed his story and rapport with all the team here.” – Kerry Group