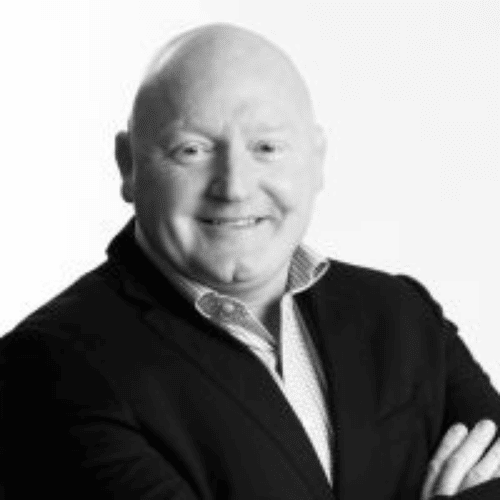 Bernard Jackman is a former Irish international and Leinster player whose story of success and failure – of bouncing back – makes him an engaging and entertaining speaker who can talk with authority, ease and humour about what success looks like and how to take responsibility for, and create, your own success.

Bernard was born in Tullow, Co. Carlow and raised on his parents’ farm.  He attended Newbridge College in Kildare before going on to study business and Japanese at University College Dublin.

He played rugby in school and was persuaded by Warren Gatland to turn professional.  He went on to play for Connacht, the Sale Sharks and Leinster and, internationally, for Ireland, before retiring in 2010 due to a concussion injury.  Today he remains an Ambassador for Acquired Brain Injury Ireland, whose ‘Mind Your Head’ campaign he strongly supports.

In 2011, he published his autobiography, Blue Blood, before making the move into coaching at club level when he joined FC Grenoble on a consultancy basis. He went full-time in the 2012-2013 season and  was appointed head coach at Grenoble in June 2016. He then moved to the Welsh team the Dragons for 18 months. Since leaving coaching behind in December 2018, he has been working as a rugby pundit and columnist whilst rapidly building his profile as a motivational speaker and high-performance consultant.

Bernard maintains that when it comes to building a high-performance culture, ‘Success leaves clues’. In other words, learn from others.  Identify the key behaviours that have built a successful culture and then find ways to foster those behaviours throughout an organisation so that it becomes not just a collection of people, but a cohesive team with real clarity of purpose.  When you have buy-in from people at all levels, success is inevitable because everyone is willing to go the extra mile.