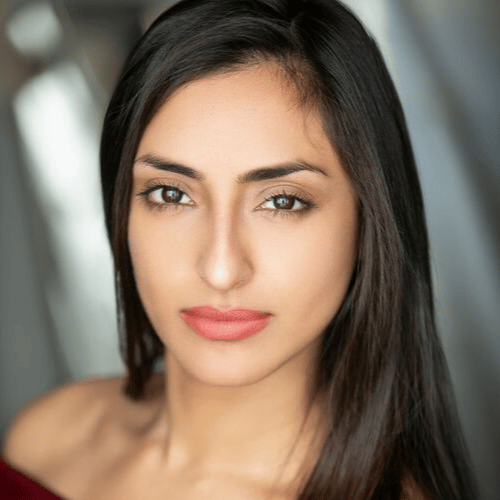 A Fellow of the Royal Geographical, Sarah Begum is an Immersive Investigative Journalist, Anthropologist-Explorer and Public Speaker. Sarah has been exploring the world, studying tribes and different ways of life whilst investigating current affairs and making a humanitarian effort to help people along the way through her work.

In 2010, Sarah travelled deep into the Ecuadorian Amazon Rainforest, where she lived with the Huaorani tribe and immersed in their way of life, hunting with warriors, gathering with women whilst investigating into the impacts of oil exploitation on their land. On this expedition, Sarah was made Queen and married to a warrior to create an alliance and send their message about protecting their land through her film. Sarah became the youngest person to make a first film in the Amazon jungle at the age of 21 with a premiere of “Amazon Souls” held at the Cannes Film Festival in 2013. The film has been endorsed by rainforest charities Sky Rainforest Rescue, Rainforest Alliance, celebrity Adventurer Bear Grylls and has released on various platforms worldwide.

Sarah’s achievements include winning the “Spirit of Adventure Award” from the Captain Scott Society 2014 for her next big expedition, “Life In The Darien Gap”, shortlisted by the SES (Scientific Exploration Society) Explorer of the year Award 2014, Finalist of the National Geographic Explorer Award, Finalist of the Winston Churchill Memorial Trust Fellowship Award 2014, highly commended by The Adventure Fund in association with Sidetracked
magazine.

Sarah’s photography aired on the Discovery Channel of a photo she took with a woman from the Berber tribe who adopted her in the Atlas Mountains. Sarah has investigated into the mafia system in rural Sicily and how it has changed since the anti-mafia movement. She has stepped into the underworld of Poland’s most dangerous football hooligan gangs to understand what divides them. Undercover filming in Amsterdam’s Red Light District, Sarah
gained an insight into the professional and personal life of a prostitute from an exclusive interview. Exploring the USA, Sarah captured stories from the Native Americans about how alcohol, gambling and unemployment created a lost nation in the modern world and is set to release a book about her epic journey.

In Bangladesh, Sarah witnessed spiritual possessions, exorcisms, forced marriages and challenged gender barriers setting standards for the new generation of Bengali women. Sarah has survived in some of the most dangerous cities in the world. In Caracas, Venezuela, Sarah worked as a Broadcast Journalist, presenting international current affairs for an English TV channel whilst surviving the city. She returned to the murder capital of the world to film undercover in Latin America’s largest and most dangerous slums and to investigate how social, economic and political issues have impacted life in Caracas. Sarah released her report, “Surviving Caracas” just before the elections in Venezuela in December 2015.

In February 2014, Sarah collaborated with a World Award Winning body painter and came up with the idea to create, “Adventurion 3D-360 , confirmed by the Guinness World Records as the first ever adventure themed 3D UV chromadepth bodypaint to be captured on both linear and 360 camera lens, representing the past, present and future of exploration, filmed at Pinewood Studios. This concept combines adventure, art, science, space and new film technology. Through her partnership with Rainforest Concern, Sarah implemented a strategy to raise awareness of her tribe in the Amazon.

Sarah trains in martial arts and is an activist for environmental, human and women’s rights, fighting to shine light upon issues internationally. Her humanitarian work includes delivering workshops on entrepreneurship to students in colleges and universities across Ethiopia to create sustainable businesses thus boosting the economy. When Typhoon Haiyan took the Philippines by storm in 2013, Sarah made a documentary about the survivors whilst rescuing the village of Lanao with aid. It was aired on Sky and raised enough money to rebuild the entire village. She helped transform a wine plantation to an eco farm in rural Sicily whilst dodging an active volcano and surviving an earthquake. Sarah spent time in an orphanage in Venezuela, helping young children gain confidence through a workshop she delivered on performance focused on their futures. Sarah visited the refugee camps in the Calais jungle
and taught the refugees how to use their existing skills and the entrepreneur schemes available to them to start their own businesses whilst they were waiting for citizenship. In Ghana, Sarah has reported stories that have made a difference in the lives of her subject from a mother and her twins seeking refuge at an orphanage from ritual sacrifice in Nigeria to a woman suffering from tuberculosis of the spine with her only child who is blind. These stories went viral, attracting the international eyes to help their cause. She continues to work on various projects that attract her attention in helping those in need.

Sarah was featured in The Guardian as part of the San Miguel Rich List 2016 for enriching explorers and named “world’s top 17 trailblazer” with an exhibition of her photos at Somerset House. She was published in Marie Claire in 2017 to share her life and work and has just returned from Ghana where she was working as a Broadcast Journalist/TV Presenter for GHOne TV producing and presenting special features for the news, live reports and TV documentaries on stories ranging from social issues, adventures, the environment and undercover assignments. The stories ranged from investigating life in the most dangerous slums of Ghana, being appointed the first to fly on the news for the Kwahu Paragliding Festival to fishing and farming in the rural villages to capture life and their
expectations of the new government.

Sarah partnered with Russ Malkin to set up The Adventuress Club, a platform to connect, share, empower and encourage women through the world of adventure. She has delivered a TEDx talk on the environment in Ghana, The Rotary Club in the UK and for oil directors from major oil companies around the world in Spain and she was a panelist at the Belfast Media Festival 2016 framed as ‘The Future Storyteller’.

As a public speaker, Sarah aims to inspire people to live their dreams no matter how impossible it may seem whilst teaching them about the world through her adventures touching on anthropology, exploration, film, environment, human rights, women’s rights and other global topics rooted in her work. Sarah delivers ground breaking interesting content from her adventures around the world including documentaries, humanitarian missions, anthropological
studies on indigenous tribes and surviving some of the most dangerous parts of the world.