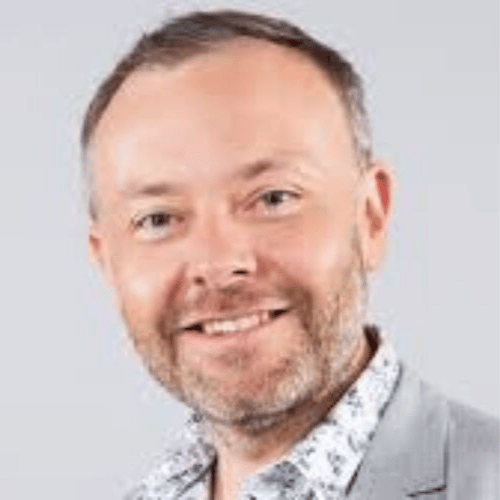 Rick has been a radio presenter with RTE 2FM since 2001 and is also the presenter of The Poetry Programme on RTE Radio 1.

In 2015 he co-presented the Bord Gais Energy Irish Book Awards on RTE One TV and presented his first TV series for RTE “Science & Me” as part of Science Week 2016.

He’s had epilepsy since he was 16 and has been the National Patron of Epilepsy Ireland since 2006 both fundraising for the organisation and raising awareness of the condition appearing frequently on TV and radio.

He has been a panellist and event host at the Lingo Spoken Word Festival, Bram Stoker Festival, ISLA Festival, Cuirt Festival, Dublin 1City 1Book as well as performing spoken word pieces at European Literature Night and the Barnardo’s Under My Bed nights

Rick has been a speaker at international conferences on epilepsy in Montreal, Malta and Marseille as well as at the European Parliament in Brussels and on the use of social media in radio at the Radiodays Europe conference.

He is part of the industry voting academy for the BGE Irish Book Awards and was a judge for the 2015 UK and Ireland Young Adult Book Prize run by The Bookseller magazine.

Rick is a fantastic MC and after-dinner host.

To book Rick O’ Shea for your event, contact Front Row Speakers on +353 1 485 3991 or email welcome@frontrowspeakers.com