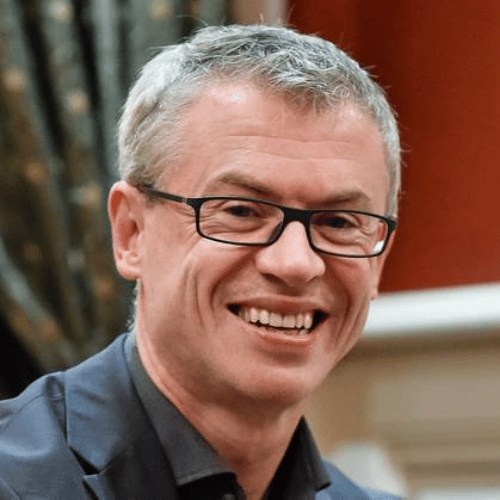 Joe Brolly studied law at trinity College Dublin. He is a practising barrister, working across a number of disciplines. He has been involved in many of the highest profile cases in the North over the last 25 years. He was a prolific sportsman, playing basketball for Ireland and Gaelic football for Derry and Ulster. He won a senior All-Ireland medal with Derry in 1993 and has multiple other awards and accolades. He is one of the senior pundits with RTE’s Sunday Game and is known in living rooms throughout the country as a straight talking, engaging and sometimes controversial figure. He writes a weekly column with the Sunday Independent and is a regular contributor on national radio and television across a wide range of subjects.

In 2012, he prompted a nationwide debate on organ donation when he donated a kidney to a man he barely knew. That voyage was charted in a primetime RTE documentary called “ Joe Brolly – Perfect Match”. After the donation, he founded the Optforlife charity, with the aim of driving awareness around organ donation, creating a new fit for purpose organ donation system in both the North and South of Ireland, and forging a new law on organ donation in both jurisdictions. With Shane Finnegan, the man to whom he donated the kidney, he created and delivered a campaign that has resulted in profound change. In 2014, they jointly received the award for Best Public Campaign at the PR industry’s annual awards in Dublin. In the five years that the campaign has been running, the North has gone from near the bottom of the European league tables in organ donation to the world’s number one living donor country. In 2017, the south had it’s best ever organ donation figures, and the government has committed to introducing new organ donation legislation in 2018. In 2014, he persuaded the Irish government to establish and fund a National Transplant Office, headed by Professor Jim Egan, and to establish and fund a team of specialist organ donation nurses in line with European best practice.

Joe is a charismatic, passionate and humorous communicator, used to addressing large events and at home in front of large crowds. He has wide ranging interests, and delivers speeches on many subjects including sport, altruism, does win at all costs work?, the legal system, philanthropy, the art of PR, politics, economics, the financial system, how to foster and sustain motivation, education systems, social activism, creative thinking, and community.

Reaction to his contributions for Front Row speakers is invariably excellent. His Q&A sessions after speeches are something to savour.