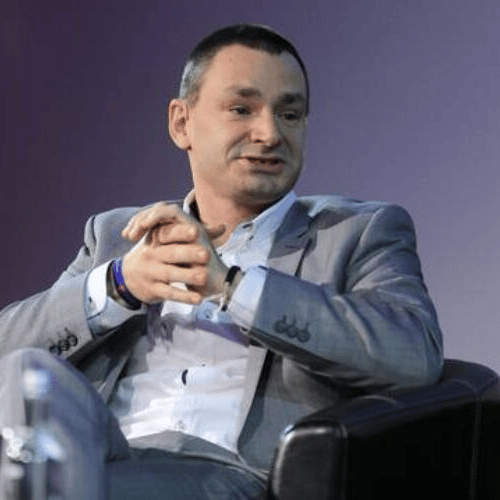 Jim has been involved in cave exploration for the last two decades and has participated in many expeditions to remote cave systems. He lives in Ireland where he is only a stone throw away from an undiscovered cave passage.

Jim was one of the main players involved in rescuing the boys’ soccer team who got trapped in a 4km cave system in Thailand in July 2018. Jim also had the responsibility of extracting the team coach out through the complex underwater cave system. He has participated in the making of a feature film depicting the epic rescue due to be released in 2019.

Jim also holds the record for completing the longest traverse of water-filled underground cave in Ireland.

For his involvement in the cave rescue in Thailand Jim has received the knighthood of the Léopold order from the king of Belgium along with many other awards and honours.

Jim has been a keynote speaker in front of many groups of different categories and prides himself on telling his story and the story of the Thai cave rescue so others can be inspired. Operating in extreme environments puts you in a place that brings the worst and best out of people and learning how to handle these situations teaches anyone how to deal with challenges in life or work.

For Jim exploration is his passion and true calling in life. He regularly explores and documents places no one has ever laid eyes on. Caves are truly one of the last frontiers on our planet. The act of visiting these places in a safe and efficient way is truly rewarding and inspiring. The true spirit of exploration is something that every human is born with and is the very essence of human evolution. Jim will take you on a journey through these harsh and beautiful places with imagery collected over the years he spent in the darkness…

In June and July 2018, a widely publicised cave rescue successfully extricated members of a junior football team trapped in Thuam Luang cave in Chiang Rai Province, Thailand. The rescue efforts were an extremely treacherous task that involved people from across the globe. Jim was part of the team of cave rescue specialists that spearheaded the operation.

The story of the search and recovery of the boys and their coach is truly gripping and inspiring tale of humanity working together against all odds to save the lives of the young soccer players. Jim will take you through the sequence events in detail and give you a first had account of the extraction efforts that lasted 3 days , which involved transporting the boys one by one trough several kilometers of flooded cave passages.

Jim also participated in the production and filming of a feature film telling the story of the many volunteers who took part in the rescue .