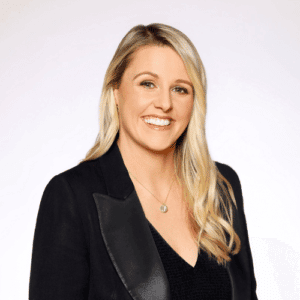 One of Ireland’s Leading Sports Broadcasters

Jacqui Hurley is one of Ireland’s leading sports broadcasters. In 2009, she became the first ever female anchor of Sunday Sport on RTE Radio One. She presents the daily sports bulletins on RTE’s flagship 6.1 news and anchors RTE’s rugby coverage on television. She has presented all of the major sporting events, including the Olympics, World Cups, the Euro’s & multiple All Ireland finals.

Jacqui is a champion of gender equality in sport and has been part of the 20×20 initiative which aims to change the perception of women’s sport in Ireland. She has published two children’s books in her Girls Play Too series, which share the fairy tale sports stories of some of Ireland’s top female athletes. Jacqui is an athlete herself, having represented Ireland in basketball and played camogie for Cork. She is also a keen golfer.