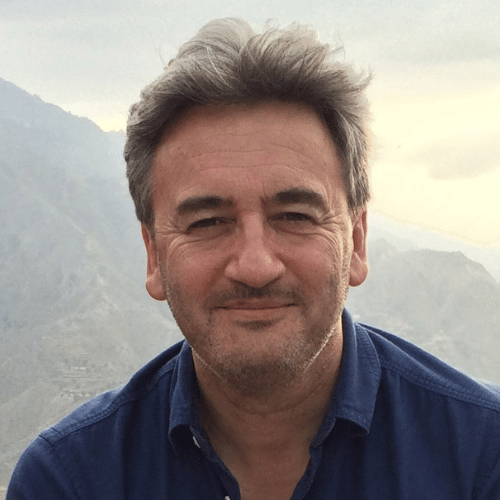 Fergal Keane is one of the BBC’s most celebrated foreign correspondents and has covered most of the world conflicts of the last thirty years. He is a Professorial Fellow at the Institute for Irish Studies at Liverpool University. He is the author of several bestselling books including ‘Season of Blood – A Rwandan Journey’ which won the George Orwell Prize. Keane comes from a well-known Irish literary and theatrical family. He is a passionate fan of Munster rugby which, he says, has kept him sane in many war zones.

Fergal was born in London in 1961 but was brought up and educated in Ireland. He began his career in journalism in 1979 as a reporter on the Limerick Leader and Chronicle, before moving to the national daily newspaper, The Irish Press.

His first taste of broadcasting was with Radio and Television Eire, where he was a reporter/presenter from 1984 to 1987, later reporting from Belfast for the station. Fergal joined the BBC in 1989 as Northern Ireland Correspondent.

In August 1990, he was appointed Southern Africa Correspondent, after having covered the regions during the early 1980’s. It is probably with this region that he is most strongly associated. Fergal’s reports covered the township unrest in South Africa, Mandela’s increasing popularity and the first multi-racial elections following the end of apartheid.

During this time he travelled the length and breadth of the country from the white farms of the Northern Transvaal to the vast townships of the Witwatersand. From this experience he wrote a book “The Bondage of Fear” (Penguin Books, 1995) primarily about the experience of ordinary South Africans as history propelled them towards a new uncharted country.

As Southern Africa correspondent he also covered the civil war in Rwanda. “I had seen war before, I had seen the face of cruelty, but Rwanda belonged in a nightmare zone where my capacity to understand, much less rationalise, was overwhelmed”.

In 1995, Fergal became the BBC’s Asia correspondent, covering all the main stories in the region; from the Tokyo gas attacks in January of that year until the handover of Hong Kong from British to Chinese rule on July 1st 1997.

Fergal is a weekly columnist with the Independent newspaper and a columnist with ‘Traveller’ magazine. He also writes occasionally for the Spectator.

Fergal Keane’s relaxed Irish brogue, lyrical and humane style of delivery has made him one of the BBC’s best-known international correspondents and a highly entertaining and accomplished public speaker, event chair and after dinner speaker.

Fergal has covered nearly every war of the last thirty years from Northern Ireland, South Africa’s transition to democracy, the Rwanda Genocide, the Balkan Wars, the Iraq war, Syria and Afghanistan and now Ukraine. This has involved many adventures and seeing the worst and best in humankind.

Keane has known Mandela and interviewed him several times, a friend of the Burmese leader Aung San Suu Kyi, and has encountered many of the prominent figures of our times. Ireland is very close to his heart, and Munster even more so.

“The conference went really well on Saturday and Fergal was definitely an inspiration to our members. His openness and honesty about his experiences and his delivery left all of us in awe. I appreciate your help to organise this and hope to work with you again for future possible events.”