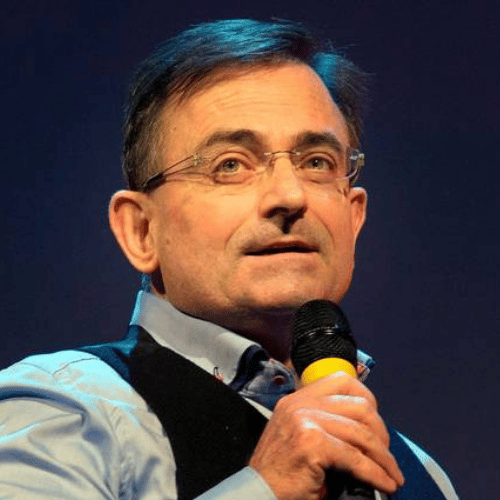 Eddie Hobbs is probably best known for co-writing and presenting RTE’s 2005 blockbuster Rip Off Republic a hard-hitting polemic that closely examined how Ireland is run.  He’s also presented RTE’s award winning personal finance series Show Me The Money, entertainment programme 30 Things to do with your SSIA, The Consumer Show and My Civil War.  He has written four bestselling books on personal finance and investments and edited a fifth book, Own Our Oil an anthology of articles from fifteen contributors.

He is a regular contributor to national debates on Radio and Television programmes on matters relating to economic management, competition, natural resources and personal finance.  He is patron of The Jack & Jill’s Children Foundation and is married with four children, living in County Kildare.  He’s been awarded honorary membership of Trinity Philosophical Society and UCD Law Society for his contributions to public life.

Eddie is available to act as an entertaining, informative and consensus-challenging speaker both for conferences, corporate events and as an after dinner speaker. He is also an experienced conference Chairman, bringing his own style.

To book Eddie Hobbs for your event, contact Front Row Speakers on +353 1 485 3991 or email welcome@frontrowspeakers.com