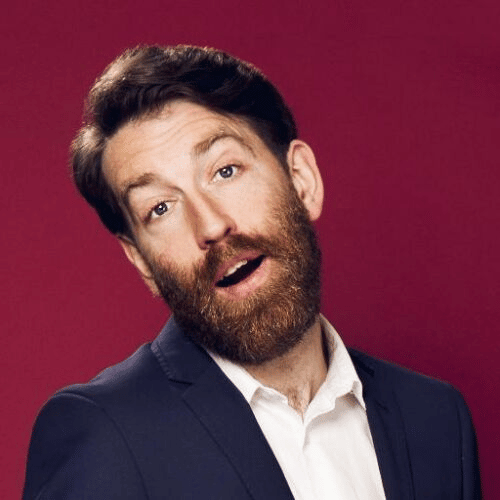 Comedian, bestselling author and broadcaster, hailing from the small Co. Cork village of Dripsey, Colm O’Regan has stood up and made people laugh all over the world.

Colm’s debut book Isn’t It Well For Ye, The Book Of Irish Mammies is already a bestseller and was nominated for an Irish book award. It’s warm and funny observations are a hit with people of every gender, age and background (Available here at Amazon)

It sprang from the equally successful @irishmammies twitter account which Colm authors. Set up in early 2012, the account has more than 62,000 followers making it one of the top 40 accounts in Ireland.

His comedy festival appearances include the prestigious invite only Montreal Just For Laughs, the Kilkenny Cat Laughs, Electric Picnic and many, many more. He has played all over Ireland and the UK and even as far away as Cape Town, Tokyo and Osaka and appeared on The Late Late Show.

Colm has a long and growing list of TV and Radio writing and performing credits.

Colm runs a monthly comedy night – Inn Jokes at the Patriot’s Inn in Kilmainham which has been graced by the likes of Tommy Tiernan and Ardal O’Hanlon.

He also writes a weekly column for Cork’s largest news and lifestyle weekly ‘The Cork News and has written for The Irish Independent, the Irish Times, The SUnday Times, The Sunday World and the Examiner.

Colm is much in demand as an MC and awards ceremony host having kept audiences entertained at events as diverse as the Business Start Up Awards, I Love Radio and he was also the audience warm up for the recording of Mrs Brown’s Boys in Glasgow.