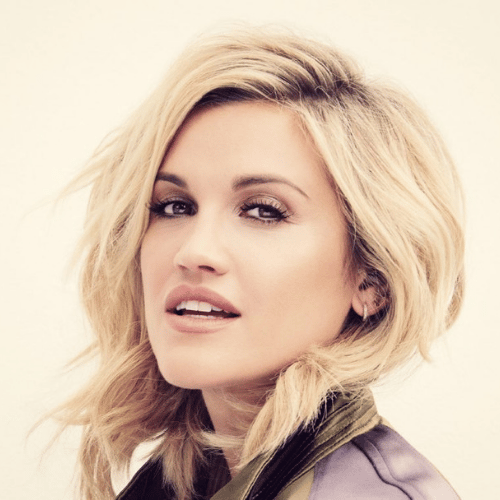 Ashley Roberts is a presenter, musician, dancer and actor who is best known as a former member of one of the biggest girl groups in the world – The Pussycat Dolls.

The Pussycat Dolls were launched into mainstream recognition following the release of PCD, which contained number one singles such as ‘Don’t Cha’, ‘Buttons’ and ‘Stickwitu’. After 7 years in the group and reaching global success, selling over 54 million records worldwide and being ranged as the 80th most successful musical acts of the 00’s by Billboard, Ashley left The Pussycat Dolls in 2010 to pursue a solo career.

Two years later in November 2012, Ashley first appeared on UK screens when it was announced she would compete in ITV’s ‘I’m a Celebrity…Get Me Out of Here!’. Ashley finished as runner-up to Charlie Brooks in one of the closest ever reality show finales where she received 49.33% against 50.56% of the final vote.

After her stint in the jungle, Roberts announced that her first official solo single would be called ‘Yesterday’, which was released in November of that year. She then returned to ITV in January 2013 as she became a judge for ‘Dancing on Ice’ alongside Robin Cousins, Karen Barber and Jason Gardiner. In March of the same year, Ashley was announced as Garnier’s self tan spokesmodel and the face of Ambre Solaire’s No Streak Bronzer campaign.

Ashley’s debut solo album, ‘Butterfly Effect’, was released the following year in September 2014, preceded by the single ‘Woman Up’. In the same year, Ashley began presenting the ‘Ant vs Dec’ segment on ITV’s ‘Ant & Dec’s Saturday Night Takeaway’, and also took part in the arena tour of the show in the summer that year. Takeaway on Tour Live visited 12 UK arenas between August and September of 2014.

2015 saw Ashley take on a new challenge when she took part in the second series of Channel 4’s ‘The Jump’ , and in 2016 returned to ‘Ant & Dec’s Saturday Night Takeway’, alongside presenting her own show on NBC, 1st Look, which highlights top travel destinations around the US with a focus on cuisine and nightlife. 2016 also saw Ashley become the spokesperson for the BBC’s new healthy eating initiative the ‘Microbit Survey’ involving schools across the UK. Ashley has also taken a step in to comedy, starting out as a regular on the ‘Keith Lemon Sketch Show’ and moving on to her own projects.

Ashley is a keen animal rights supporter and is based in London.

Ashley is an excellent MC and event speaker having previously presented ITV’s ‘Saturday Night Takeaway’ and judged ‘Dancing on Ice’.

To book Ashley Roberts for your event, contact Front Row Speakers on +353 1 485 3991 or email welcome@frontrowspeakers.com